In “Synthetic Age” multiple teams can compete against each other. A team wins if the main buildings of the enemy players get destroyed. The team size depends on the chosen battle mode (x – y?). Each team has its own Area (Base) in which allied players can place and enhance their buildings. Further, this team area is subdivided into specific player related sections. 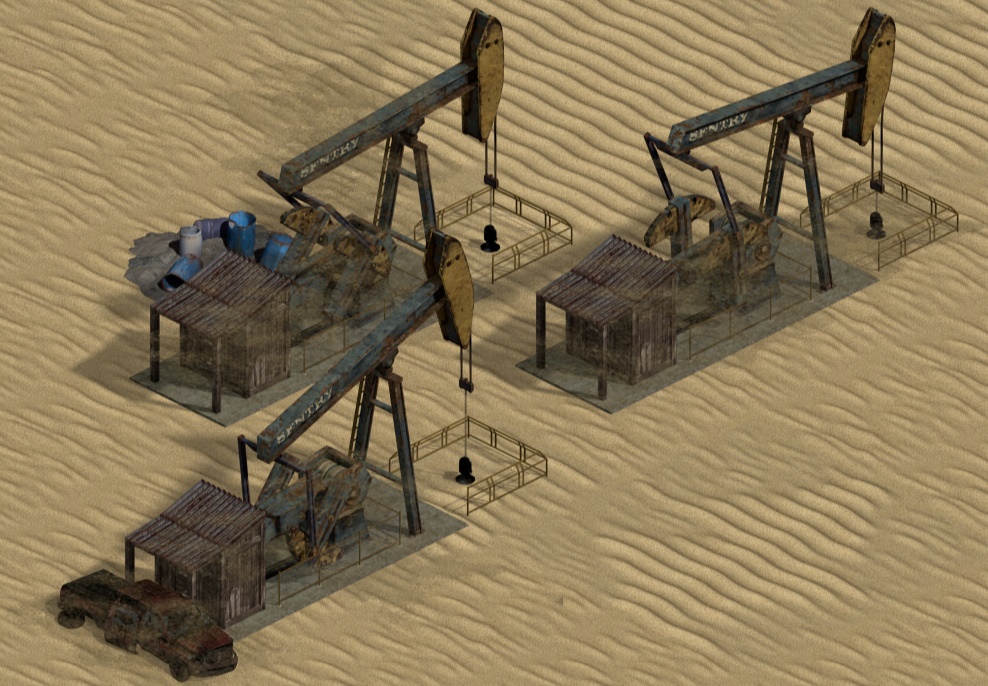 The only resource to pay in “Synthetic Age” is energy. Contrary to other real-time stategy games energy cannot be collected by units. Instead, it will be provided in fixed intervalls. In the later stages of the game one can also steal energy from enemy players. On the way to the enemy base a team can also conquer checkpoints, which provide diverse bonuses – for example a team attack bonus. In addition to that, all of these checkpoints provide an extendable energy bonus. Conquering enemy checkpoints can therefore cause their energy supply to collapse.

Players have no direct control of particular units. All units are automatically produced by buildings and will autonomously move towards the enemy. Therefore the formation and the chosen paths of the units depend on where the buildings were placed on the map. Units can be enhanced in multiple ways. It is possible to buy upgrades for example to change a unit’s weapon system.

The unit itself can also be upgraded to an improved unit type, but with the addition that it will lose any previous enhancements.

Through the categories “Construct, “Upgrade” and “Research” the players can actively intervene in the game and at the same time define their roles within the teams. That means you can be the attacking or supporting, the aggressive or defensive, the highly specialized or the more balanced part of the team.

The research of technology is required for almost every building and upgrade in the game. Although, some technologies depend on another, the tech-system is configured to provide maximum freedom in terms of researching. If you want to sabotage the enemy and at the same time support your team mates you can simply research the required technologies to be able to do so. However, in most cases the definition of tasks and their division between the team mates may be more effective. Research will also be necessary to transfer energy to your allies or to place buildings in their areas.

Upgrades also have different effects depending on the building’s categories.

The team base is protected by several defense buildings. Contrary to other buildings that are related to a specific player, these buildings belong to the teams. From the beginning of the match there are pre-constructed defense buildings already located on the map. Although they cannot be constructed by the players, they can be upgraded like a unit. Every team mate is able to enhance defense buildings by improving their weapon systems or upgrade them to a further developed building type. For example, players can choose whether to upgrade a bunker with an additional gun or to upgrade it to a big defense tower. In this case, the gun would provide higher attack power while having lower energy costs but would get lost when upgraded to a defense tower later in the game.